Backgammon
Back to Game Library

Backgammon is a game of skill and strategy; one of the world's classic parlor board games, played for recreation and gambling. Like Mahjong, Backgammon is played in social groups in coffee houses and bars. Historically, variants of this game are believed to have originated over 5,000 years ago, from where it was adopted by the Romans and then later travelled to India. It also spread to East Asia but was largely replaced by Xiangqi (Chinese chess). It is now very popular in the West. Backgammon has received a bunch of different names over the years such as: Tapa, Tavla, Tabula, Acey Deucey, Tawla, and etc.

Backgammon is a game for two players. There is some luck involved (from rolling dices) but it is usually played in a series of games.
And in the end the player that displays superior skill and tactics will win the series by choosing the best moves and anticipating the opponent’s countermoves.
The objective of the game is to move your checkers around the board, from the 24-point triangle to the 1-point triangle, and then off the board completely. The first player to move all their checkers off the board is the winner of the game.
This is not an online game as you’ll need to face your opponent across the Infinity Game Table. 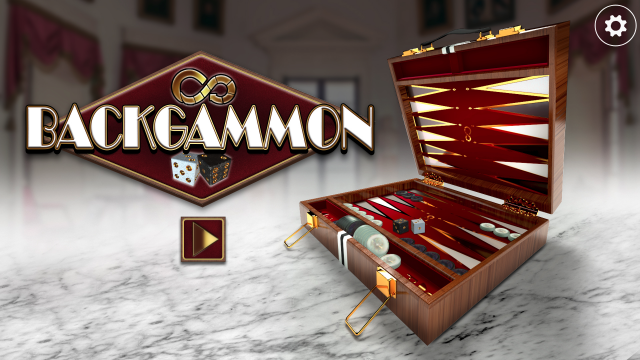 The game begins with player one rolling the dice. After rolling the dice, the player moves their checkers according to the number shown on the die.
For example, if a player rolls a 5 and a 2 (denoted as “5-2”) the player must move one checker five points forward, and another or the same checker two points forward.
If a player rolls two of the same number, called doubles, that player must play each die twice. For example, a “4-4” allows the player to make four moves of four spaces.
Each checker is moved separately and can be moved to any point that is not BLOCKED (When your opponent has two or more checkers on a point). If the point has your own checkers, no checkers or only one opponent checker, then that point is not blocked).
A player who moves their checker to a point occupied by only one of the opponent’s checkers (called a “blot”), you can “hit” (take) the opponent’s checker and it will be placed on the bar in the middle of the board game.
When that happens, the opponent is required to return that checker into the game before making any other moves. The checker must be entered back into the game. If the checker is blocked from being returned into the game into the game, then no move can be made, and the turn goes back to the other player.
When all of a player's checkers are in that player's home board, that player may start removing them; this is called "bearing off". A roll of 1 may be used to bear off a checker from the 1-point, a 2 from the 2-point, and so on. If all of a player's checkers are on points lower than the number showing on a particular die, the player must use that die to bear off one checker from the highest occupied point.
For example, if a player rolls a 6 and a 5, but has no checkers on the 6-point and two on the 5-point, then the 6 and the 5 must be used to bear off the two checkers from the 5-point.
When bearing off, a player may also move a lower die roll before the higher even if that means the full value of the higher die is not fully utilized. For example, if a player has exactly one checker remaining on the 6-point, and rolls a 6 and a 1, the player may move the 6-point checker one place to the 5-point with the lower die roll of 1, and then bear that checker off the 5-point using the die roll of 6; this is sometimes useful tactically.
As before, if there is a way to use all moves showing on the dice by moving checkers within the home board or by bearing them off, the player must do so.
If a player's checker is hit while in the process of bearing off, that player may not bear off any others until it has been re-entered into the game and moved into the player's home board, according to the normal movement rules.
The first player to bear off all fifteen of their own checkers wins the game.
If the opponent has not yet borne off any checkers when the game ends, the winner scores a gammon, which counts for double stakes. If the opponent has not yet borne off any checkers and has some on the bar or in the winner's home board, the winner scores a backgammon, which counts for triple stakes. 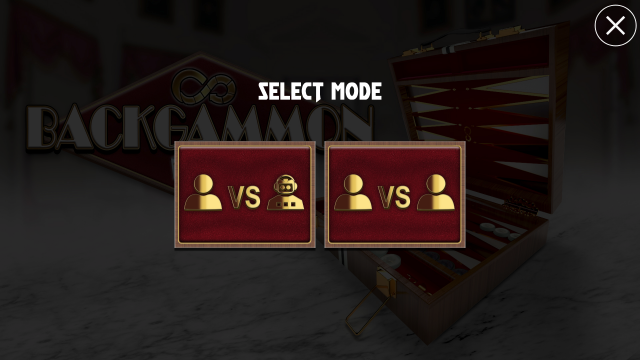 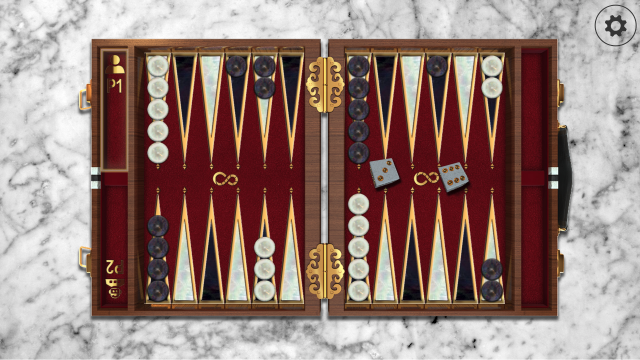