Dizzy Tanks
Back to Game Library

Attention Soldier! Are you ready to be feared as one of the most accurate shooters on the battlefield? Do you like blowing stuff up? Head into battle with this tank shooting game and face to face battle. Choose to be a lone wolf playing against 3 tank shooter Bots or play against three of your friends. Destroy your opponent’s tanks as they try to blow you up. Dizzy Tanks is the fast-paced artillery game that is simple to learn, and fun to master. The perfect quick game for friends and family, you'll find yourself hooked for hours of play.

Dizzy Tanks is a simple shooting game where you must control your tank from spinning to move forward. Learn how to control its direction from the control pad. Shoot and run over obstacles that will change your tanks size and, temporarily earn a forcefield and/or a second cannon onto your gun turret for twice the fire power.

Dizzy Tanks is a game of action and accuracy where the goal is to destroy your opponents to win the game.
Use your finger to move your tank and shoot at your opponent

Note: Single player game you use the red tank. 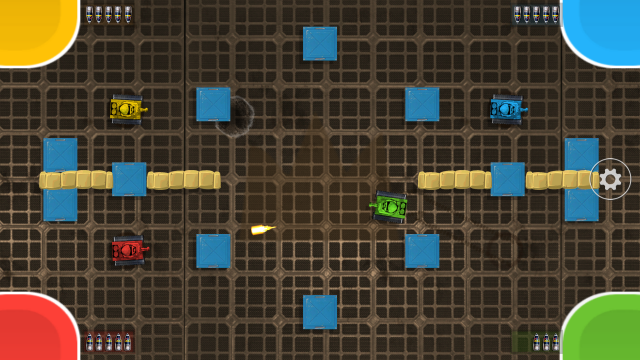 ● Supports up to 4 players
● Simultaneous play
● Designed and Optimized for The Infinity Game Table. 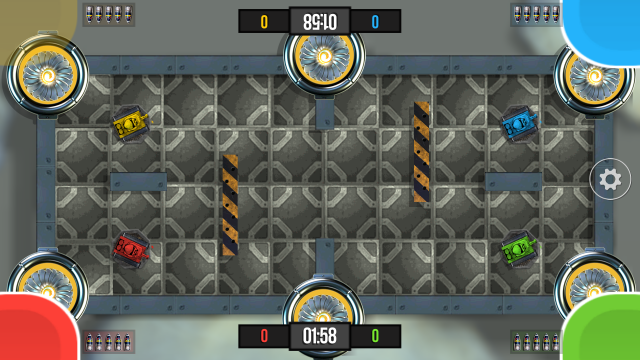