A MAGICAL BATTLE FOR THE BOARD WHERE THERE CAN BE ONLY ONE WINNER!

Legend has it, that the oldest strategy game of all, Chess, is actually based on WIZARDS CHESS. The principle remains the same as 2 players are locked in head-to-head combat over the checkered board, taking turns to move their pieces with the objective of imprisoning the opponent's King for the win. Watch closely as the pieces battle for the board. It seems relatively simple, but that's where the trickery lies - it's a game of skill with a little magic to keep you entertained...forever!

The INFINITY GAME TABLE is a revolutionary way to play the games you love - LOCALLY or COLLABORATIVELY online.

IT'S THE ANCIENT WIZARD STRATEGY GAME, BUT MORE MAGICAL WITH THESE HIGHLIGHTS:

• LOCAL MULTIPLAYER or CONNECTED PLAY experience for 2 players.
• A 3D game board with 3D pieces.
• Automatic game set up.
• Player turn notifications.
• 2 sets of 3D pieces / Tap a piece to show valid moves (great for beginners).
• Impactful animations & SFX.
• How To Play.
• No end of game clean up needed!
• Ages: 3+/Ageless
• The gameplay is seamless with automated rules, yet this digital version let's you play face-to-face for an authentic board game experience. 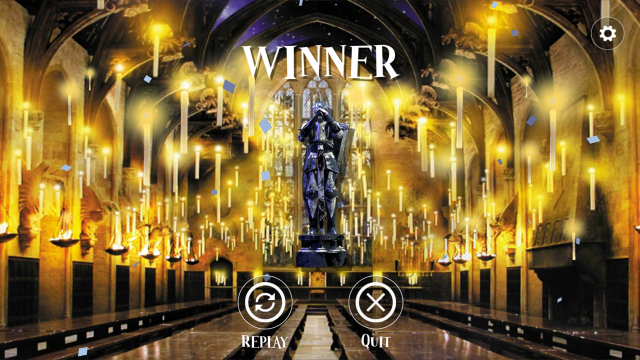