Risk
Back to Game Library

Battle opponents in strategic warfare in the official digital version of the classic Hasbro board game.

Select from classic or custom rules, play solo or against 5 other opponents in local play.

Can you clear the fog of war and climb the ranks to Grandmaster? 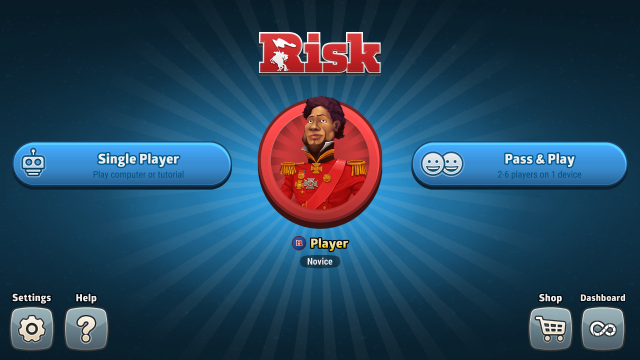 • Build an army to clash against your foes!
• Use diplomacy to gain allies and fight to the death for blood and honor!
• Command your troops on the battlefield!
• Engage in glorious combat and all-out war!
• Protect your allies & conquer your enemies!
• Use strategy to lead your army to victory!
• Play with 1 to 6 players. 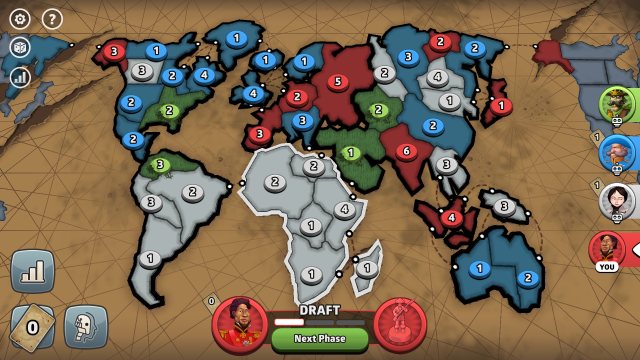 • In-App Purchases include 64 total purchasable maps with 4-5 maps per pack and 8 themed bundles which include themed troops, dice, avatar and avatar frames) for a total of 85 maps and 8 bundles.

• Optimized for the Infinity Game Table

RISK is a trademark of Hasbro and is used with permission. © 2023 Hasbro.  All Rights Reserved. Licensed by Hasbro. 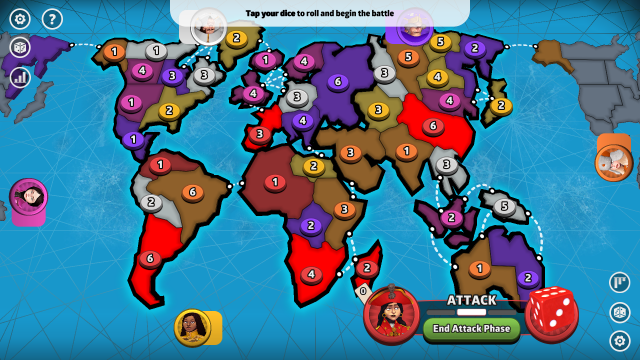