Do you love Teen Titans Go!? Do you have the eye and hand coordination to move Beast Boy through the universe?

Beast Boy's Nightmare is a fast-paced single-player action game where you move Beast Boy from spinning globe to spinning globe by tapping on them so he can jump from one planet to the other before they both disappear.

Collect points by eliminating characters that get in your way. 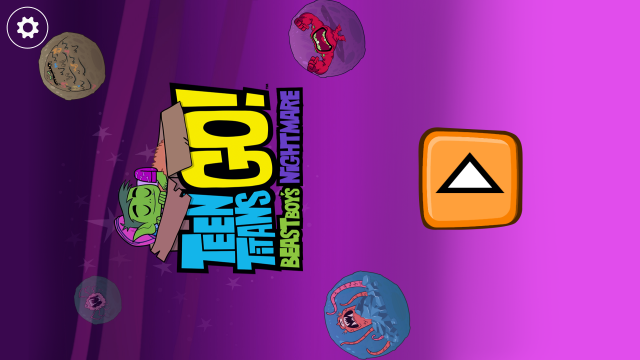 ● Tap the planet to make Beast Boy move from globe to globe.
● You get 1 point for eliminating characters that are in your way.
● Become the highest scorer. 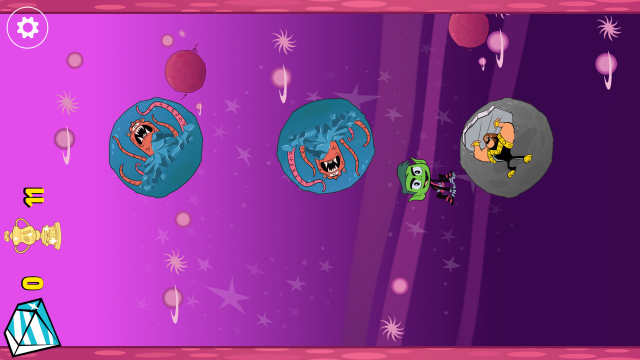